When I was much younger, there was only… The Incredible Hulk… yea… we didn’t have Iron Man, Black Panther, etc. Just the green guy… Shrek came much later… and they only had it in cartoon, guess the whole animation thing wasn’t that advanced back then. Don’t believe me? Go take another look at He-Man and She-Ra and you’ll understand.

The thing I remember most about the Hulk was this phrase… “You won’t like me when I’m angry”… In general, no one likes being around another person who is angry. So it was quite “duh” when Hulk said it cause, no one does! But his escalates to a whole new level becoming green, bigger in size, and half naked.

I loved watching the Incredible Hulk… Used to think it being all so cool being able to use all that strength to beat the crap out of the people you don’t like, or those who got in your way. If that’s not enough, my dad loves watching Bruce Lee as well and all I used to remember about him was, he was angry… or at least he looked like he was…

But then being angry like how Hulk portrayed, isn’t anywhere cool in the real world.

I noticed and learnt later in life that people tend to stay away from you when you’re angry. Christine helped me to realize this as well that I’m beyond reasoning when I’m angry. She can’t talk to me, she can’t reason with me, she can’t do anything… with me. She had to ignore me, let me cool down first, only then we could possibly revisit the issue together (sounds so like the Hulk cooling down hahaha…).

A little observation of mine, well at least for me… anger escalates… just like how Hulk portrayed it… I’m going to share with you my experience on this and I’m going to narrow it down to only 3 stages; each stage represented by V…

You’ll start becoming angry at the very moment you got triggered and it makes you feel vulnerable.

You’ll start becoming angry at the very moment you got triggered and it makes you feel vulnerable; when you feel insecure, agitated, unfair, not satisfied, and the list goes on.

Something triggered you; suddenly you became sensitive, it can be due to emotional stability as well, especially when you are going through a hard time or… it could be due to tiredness, the day you lack sleep, you woke up much earlier than usual, or you didn’t sleep well, or you sliced your rest because you were trying to finish off something in a hurry, could be an assignment that’s due tomorrow, or a paper you’re about to sit for tomorrow.

How long we rest plays a very big role in affecting how vulnerable we would be for the rest of the day.

I believe everyone has an “optimum” figure in terms of sleep, or rest. Mine used to be at 5 and a half when I was much younger. Nowadays, it has been around 8 hours. I believe when you don’t get your optimum sleep or rest, you will be… Christine calls it “cranky”… Highly sensitive and easily irritable. That could be one of your triggers.

If sleep isn’t an issue for you, then it could just be you… What triggers you would be what threatens you or makes you insecure. Among some of the things that could make you insecure could be the people around you, a higher performer who you basically think is a show-off, comments or remarks people make, your skills, capabilities and/or abilities being challenged or at stake, or you could just be questioned, because your ego got tickled.

If you are secured in knowing and believing in who you are, you will not be triggered so easily.

It takes time through painful years of experiences to build who you are… and the who you think that you have finally built may change over different seasons of your life.

Therefore I don’t buy it whenever people say “I was born like that”. I believe it’s more of the matter of choice.

It will slowly shape you, precondition your mind, and the way you look at life.

The next stage is Voice.

Voice happens after you felt insecure, agitated, unfair, not satisfied, etc., etc., etc…. and you want to be heard, or… you want to make a statement.

You needed to voice out!

And there are many ways…

One can either withdraw in resentment… It’ll be like locking oneself up in the room, skipping meals, dinner at home simply because you are not happy with daddy, mommy, or the decision that your parents came to which seems to favour your siblings rather than yours, cold war by deliberately choosing not to talk at all between all people involved (this for everyone), silent treatment (and this for one), sulking, crying, throwing tantrum (yea it’s a withdrawal effect cause you choose not to cooperate)… you get the idea.

Or… One can choose to engage… which is particularly more common in guys (in general), their ego is affected, and they respond in a way that do not use much of the brains cells by exchanging blows, being all physical, banging on the table, throwing things nearest to them, etc. or one that uses a little more brains by arguing out loud (auditory using their voices or even through technology using social medias e.g. FaceBook, WhatsApp, Twitter, etc.), simply verbal abuse…

I’m more of the later… I have the tendency to engage. But I realize over the years should I keep engaging in everything that agitates me, I will definitely end up to be a very grumpy person when I grow old… Grumpy old man… Filled with bitterness and hurt inside me… shunting people away from me… making more and more enemies… shutting the world off slowly… the cheer or happiness in me dying slowly…

Someone wise once said this to me… Choose your battles, and win the war… Not every battle needs to be won… Don’t kiasu (Yes, I thought of Colin… He used this phrase all the time!)…

You can actually choose which stage to stop at before anger drives you deep.

You can actually choose which stage to stop at before anger drives you deep.

In the midst of all the chaos in the raging sea of emotions, choose to be still and put good time into thinking the cause and effect of your actions and reactions. 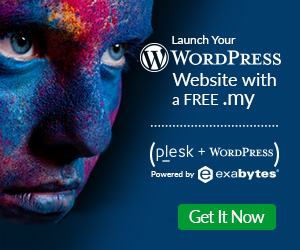 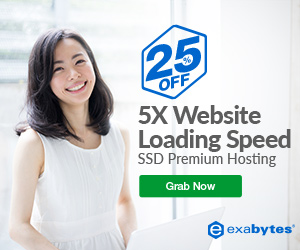 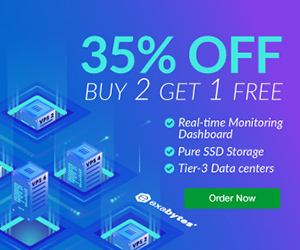